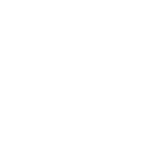 Wilko Retail IBM i application support: a changing IT landscape

With a gradual shift away from running applications on IBM i and a future skills gap within the development team, leading high street retailer Wilko identified significant risk across their existing IBM i application landscape.

After an exhaustive procurement process, Wilko selected Proximity to provide IBM i application support and maintenance, which not only involved augmenting their IT team, but transferring their IBM i developers through TUPE to Proximity.

From Wilko’s perspective, their feedback on the contract so far has been ‘there’s no better compliment than that I only speak to you when we have a service review.’

From humble beginnings to a staple of the UK high street

When James Kemsey Wilkinson and his fiancée Mary Cooper opened the first shop in 1930 on Charnwood Street, Leicester little did they imagine that the company today would have a 419-strong store estate across the UK under the Wilko brand with a turnover in excess of £1.5 billion in 2019/20.

And as founder, James Kemsey Wilkinson said back in the 1930’s: ‘I like to look people in the eye and know in my heart that they are getting a good deal’

Continually innovating, Wilkinson launched their first own brand paint range in 1973 and enabled ecommerce in 2007 through wilko.com.

IBM i applications at the core of Wilko’s retail operation

Since the late 1980’s the IBM i has been at the heart of Wilko’s IT infrastructure landscape.

“The AS400, i Series, IBM i, or whatever you want to call it that’s been with us since 1989. Historically, the IBM i has run everything apart from our Point of Sale (POS) systems. So from purchasing, through to warehouse management, through to stock control, retail stock control, as well as finance, HR, marketing, everything. Over the years, the applications running on the IBM i have been enhanced and developed to meet our business requirements.”

Andrew Moir, who is one of the Service Delivery Managers for Wilko, explained how important the IBM i has been to Wilko over the past 30 years:

“The whole time I’ve been at Wilko (seventeen years, I was fresh out of college), it’s always been there. And the whole time I’ve been at Wilko’s we’ve never had a problem with the AS400. Like most companies, we’ve had problems across our IT infrastructure, but nothing that’s really been AS400-led. So that’s how important this system has been to us.

What’s driving the change in IT strategy

As with many other businesses running applications on the IBM i, Wilko has started the process of moving those heavily bespoked applications from the IBM i and migrating to ‘off the shelf’ packages instead.

Wilko’s IBM i does, however, still run business-critical elements of the business explains Mark.

“Over recent years, we’ve started moving away from the IBM i and looking at ‘off the shelf’ packages as opposed to developing our own in-house packages. We started out with finance, HR, and then went on to other business functions. About eight years ago we brought in SAP as our retail ERP system.

Mark picks up the story.

“Throughout the middle of the 2000s onwards, the IT team has been working on the strategy of moving functional areas from the IBM i to software ‘off the shelf’.”

What has been a constant over that 30 year period though – and this will be no surprise to other businesses running applications on IBM i – is the rock solid stability the platform provides. Andrew elaborated:

“Fundamentally the AS400 applications and infrastructure were brought in in the late ’80s and have done a solid job for Wilko, to help build us to where we are now. And I’m personally in no doubt that it will still be here in a number of years time. It’s just been that failsafe system that we’ve always been able to rely on, because we’ve sometimes had plans that take an extended period of time, but the AS400 has been there, doing the job and it never really fails.”

Wilko has, for a retailer, had a significant development team working on their IBM i applications.

From a peak of five or six developers, however, that team reduced over recent years in line with the development projects requirements.

“New developers coming into the wider IT team are not being asked to learn IBM i programming skills. With retirements and some developers moving onto other roles, there’s been a natural reduction on the internal IBM i skill set.”

“It’s become more of a maintenance function, as well as small changes, as opposed to delivering big chunks of functionality, though there are still occasional requirements for that, but that’s where we stand as of today” Mark commented.

Wilko’s IBM i is still in place today, running and providing a good, consistent and reliable service

However, with the reality of a skills gap in the future, Wilko identified the risks associated with supporting the applications (and infrastructure itself) through their existing team.

Mark picks up the story:

“There was a realisation at a senior level that we must mitigate a future skills gap. As a team, we looked at various options: Do we increase the internal capability as Wilko always has in the past? Do we start training people on the system and bring them in? Do we outsource 100% to a third party to look after our IBM i systems? Or do we do a mixture of them all? Do we maintain our in-house capability whilst being able to burst externally if needed?”

On a journey to outsourcing IBM i development support

Mark explained that once Wilko had gone out to the market, responses fell into three distinct ‘camps’.

After a rethink, Wilko decided just to focus on the IBM i development support element.

“That’s where we saw the immediate pain coming down the road, that’s where we had a specific issue” explained Mark. “If you look at the IBM i hardware and the infrastructure, the process and the skills required to maintain and support them are more or less the same whatever applications are running, whereas the applications are very unique to Wilkos, you’ve got to build up the skills and the knowledge.”

Why choose Proximity for IBM i application support?

Wilko kept their procurement options very flexible and open during the process. One option on the table was to TUPE staff across to the successful supplier, but it was by no means a foregone conclusion.

After a thorough and exhaustive procurement process, Proximity was selected to provide ongoing IBM i application support to Wilko – and TUPE Wilko’s development team as part of the process.

For both Mark and Andrew, a large part of the final decision process was a personal one as much of a business opinion. Andrew elaborated:

“I very much got the feeling that Proximity was a close knit group of people that worked well together. Their IBM i technical knowledge and competence was beyond a doubt, but ultimately, it was the values of Proximity that steered me towards them in making my final scoring. I just felt like it was the right fit for Wilkos, because of their values and the way that they presented themselves.”

If you don’t hear from me. It is going well.

Events across the world over recent months have shown the wisdom of transferring Wilko’s development team as part of the contract to quickly build a close working relationship between both companies.

A global pandemic and a lockdown did not have a significant impact on the support provided (in fact, Proximity has not been able to go on site for the first six months of the contract), which is demonstrated by a smooth knowledge transfer and onboarding process, coupled with Proximity exceeding monthly SLAs for support.

When asked what his thoughts are on the support contract, Andrew commented:

“From my perspective, there’s no better compliment than that I only speak to you guys when we have a service review. To me that is music to my ears. I get the information I need to be able to report back, I know that we’ve put some improvements in place regarding the P1 incident process” says Andrew.

“If I get an email from Proximity regarding something I know that it’s going to be straight to the point, saying ‘we need to sort this out, lets get it done’. There’s not really a great deal I can say about that: it causes me no headaches so I couldn’t be happier with the service delivery.”

“What both organisations have shown is that when onboarding a large project – and it is a fairly large project, to hand out the AS400 development support to somebody else – that as long as you’ve got the right infrastructure and the right collaboration tools, you don’t need to be in the office and you can do a lot of stuff remotely in this way.”

“It’s a testament to the team that you put on the project really. All the way through from the knowledge transfer sessions that happened and they attended, through to the documentation piece that they’re working on now, I know it’s not the most gripping piece of work anyone can do, and when you look at the long list of applications to document, it must be difficult, but the team is doing it and they’re sticking to it, so all credit to them.”

And what about the future?

“We still want to make sure we get the most out of our applications and that the decommissioning options coupled with new releases ensure there’s no bottlenecks going forward. That’s something that we definitely want Proximity to help us with.”

When high street retailer Wilko anticipated a future skills gap within the development team, they understood the significant risk that posed to the IBM i applications the business relies on. Proximity has transferred existing IBM i developers through TUPE, and augmented the IT team, as well as taking on support, development and maintenance of IBM i structure and core business applications.

Learn more about IBM i managed services
With Proximity, Wilko has: