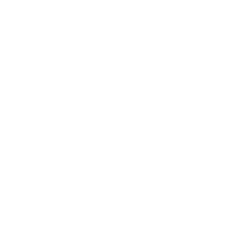 So that you can take full advantage of the ‘Workforce Mobility Revolution’ it is vitally important to migrate your mobile Apps and legacy operating systems to modern platforms. Migrating from Windows CE to a modern mobility platform, such as Android delivers a host of benefits including:

Migrating from one platform to another is no easy task. You will inevitably have a number of interdependent mobile applications running on different operating systems and devices. However, with the utilities and technologies available in the market today, app migration does not need to be a long and expensive process.

Terminal emulation still remains the most implemented application deployed on rugged mobile devices as it is incredibly fast and incredibly reliable.

Through StayLinked, Ivanti, Honeywell and Zebra Technologies if you’re operating IBM i, Telnet and other green screen applications in the warehousing, manufacturing, transportation, logistics and retail industries you can take advantage of world-class solutions for transforming green screen applications and moving from the soon to be unsupported Windows CE operating system.

Ivanti’s Velocity terminal emulation tool (powered by Wavelink, who have been helping to improve supply chain efficiency for over 30 years) enables you to transfer your existing IBM i-based green screen applications to Android. And, at the same time add touch-enabled features and functionality that users have come to expect.

Implementing Ivanti Velocity as part of your IBM i modernisation and / or Windows CE migration strategy, helps you to protect and maximise your existing investment in your host, IBM i system as there is no need to modify or migrate those business-critical applications. Ivanti Velocity can interface with your warehouse management system (WMS) and other supply chain management applications: just like Ivanti Terminal Emulation has always done.

Ivanti Velocity takes the text-based information from your IBM i application and converts it into the type of intuitive mobile experience your users have come to expect. This familiar user interface and experience means new users can be trained quicker, while operatives can navigate screens more quickly and enter data more rapidly. Third-party information can also be incorporated, such as images into picking lists so that warehouse operatives can visually match parts to items listed on an order.

To solve one of the eternal issues associated with terminal emulation in areas of poor network coverage, Ivanti’s Session Persistence Server protects against weak connections and session state as and when a device reboots or needs a battery swap.

For over 20 years StayLinked has been delivering world-class solutions for mission-critical, host-based systems in the warehousing, manufacturing, transportation, and retail industries. It was StayLinked’s deep understanding of these host-based systems that led their team of technology experts to introduce new innovations in terminal emulation and session management for mobile devices.

With StayLinked SmartTE you get the best of both worlds with risk-free IBM i application modernisation. You continue to realise the speed, reliability and security of StayLinked TE while increasing productivity and usability with the addition of an intuitive, modern user experience.

Increased productivity: SmartTE enables businesses running IBM i green screen applications to transform them so that they look and operate like any other native application on modern, mobile devices running Android or iOS. Operators will intuitively understand how to use graphical, touchscreen applications and can be trained much more quickly to use your existing applications.

Investment protection: leverage the power and protect your existing investment in your IBM i host applications and servers.

Unsurpassed reliability: built on advanced terminal emulation architecture, StayLinked SmartTE virtually eliminates dropped sessions between the mobile device and the host application – an issue often found in other TE tools. Regardless of the problem stems from poor wireless connectivity in the warehouse, issues with the device battery or device reboots, the terminal emulation session will never be lost. SmartTE can:

Automatic App screen creation: dynamic screen generation automatically converts terminal emulation screens into touchscreen experiences that users have come to expect – without having to touch the original IBM i application. Your new user interface look and feel is generated based on parameter settings including, but not limited to:

Custom screen designer: want to create a different look and feel from those screens dynamically generated by SmartTE? No problem, as StayLinked provides a drag and drop screen designer which requires no programming skills. With the custom screen designer you can add your company branding, product images, change button sizes and many more – and all without having to change anything in the IBM i application.

Migrate From Windows CE to Android

Book a demo with our specialists to see how effortless terminal emulation migration from Windows CE to Android can be with Ivanti & StayLinked.